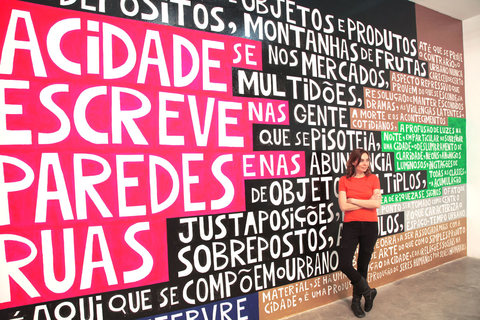 This mural was produced as part of a solo exhibition at Oscar Cruz Gallery in São Paulo, Brazil. The text was selected from the book The Production of Space, an urbanist exploration on the city as a phenomenon and as an idea. It was chosen as a dialog and homage to the city of São Paulo, the 12th largest city in the world. 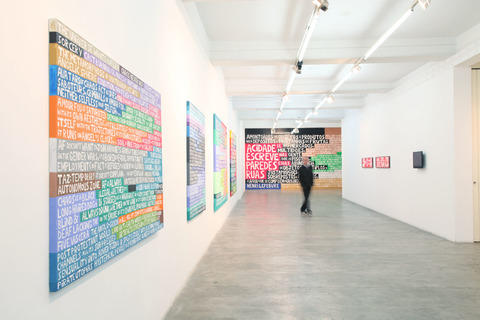 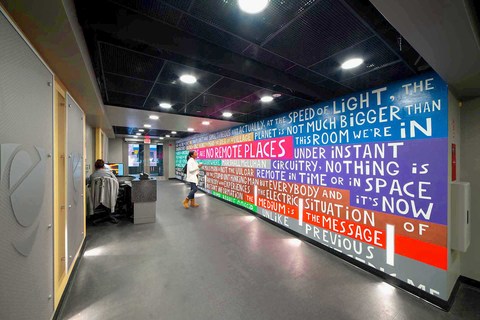 This is an ongoing series of paintings using written word as raw material. These paintings are meant to be featured in public spaces, sharing excerpts of theory, poetry and philosophy in high traffic urban spaces. The colors and text are chosen in relation to the place where they will be displayed. This mural was commissioned by Emerson College, and was featured at the Walker Building entrance. Photos by Peter Harris Studio. The choice of Marshal McLuhan's text was made in conversation with the Emerson College staff. Thank you to Joseph Ketner and Robert Sabal for this opportunity. 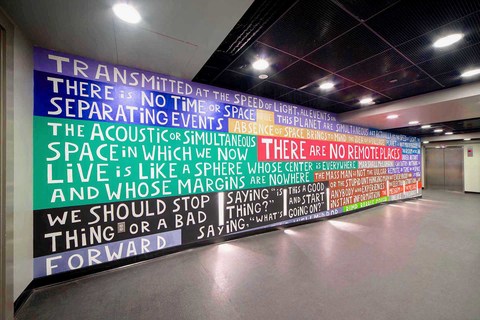 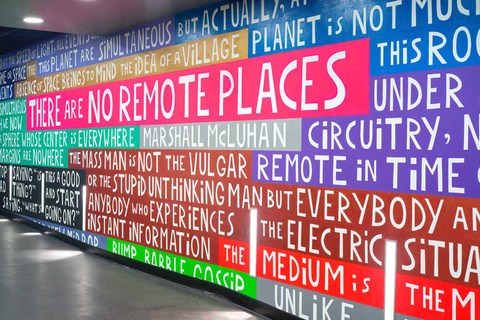 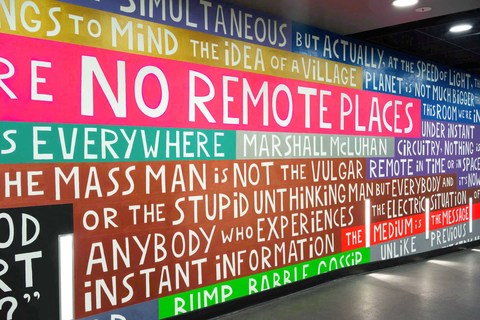 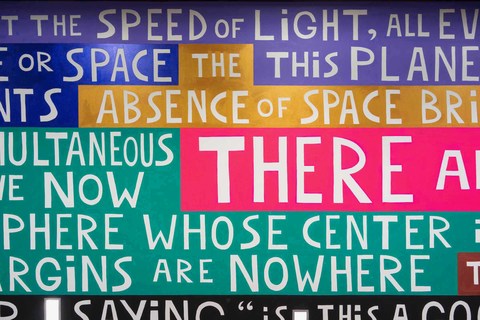 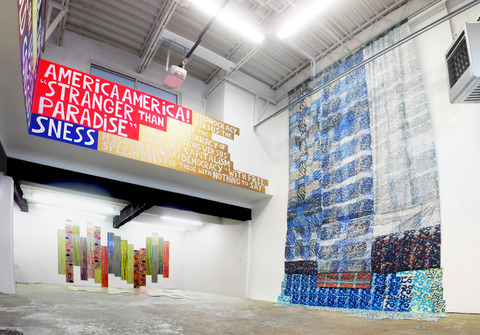 A Coney Island of the Mind - text by Lawrence Ferlinghetti
2012

This is Ferlinghetti's most recent book published in 2012, titled Time of Useful Consciousness. The title alludes to the time of consciousness a aircraft pilot has before a crash, this book is especially fascinating as it was written when Ferlinghetti was in his early 90's. The poet is now 99 years old. This exhibition took place in 2012 at 17Cox Gallery in Beverly MA. 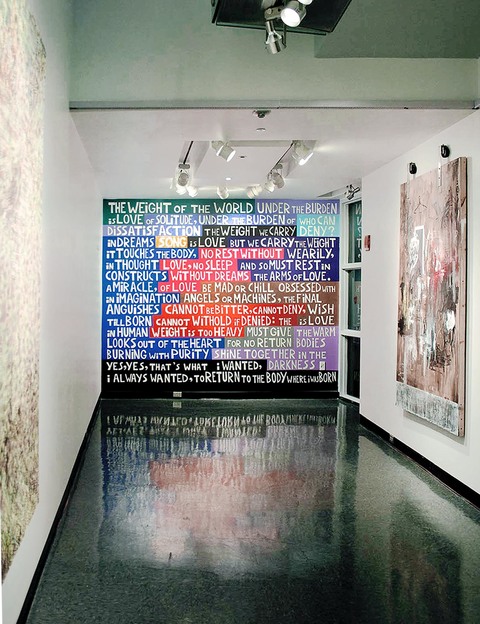 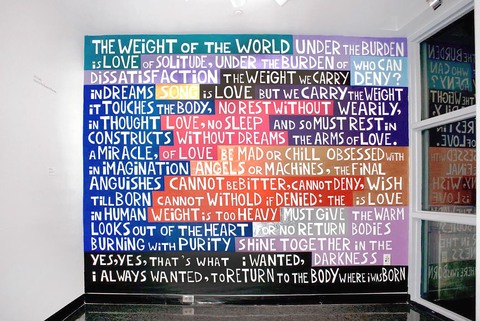 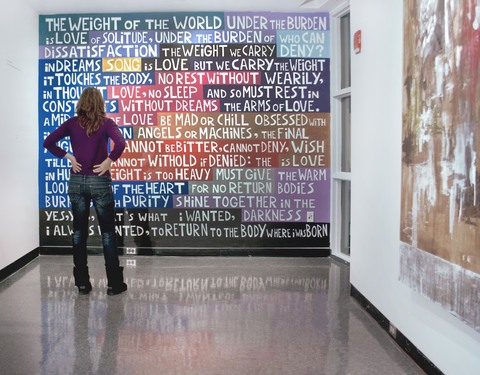 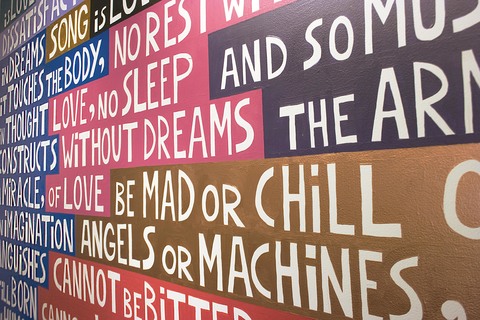 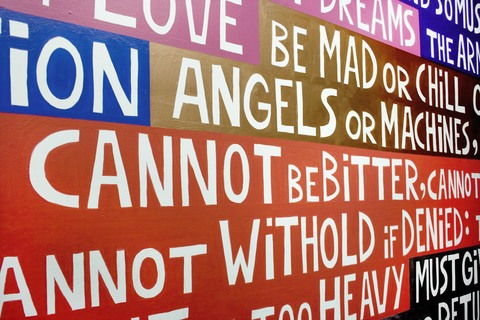 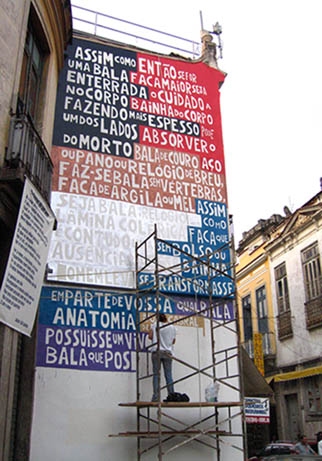 External wall of the A Gentil Carioca Gallery Rio de Janeiro. Inauguration of the Gentil Parede project - special thanks for the generous support of the Paulo A. W. Vieira collection. Rio de Janeiro – RJ 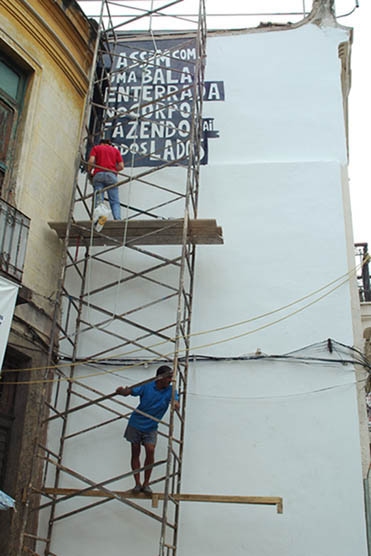 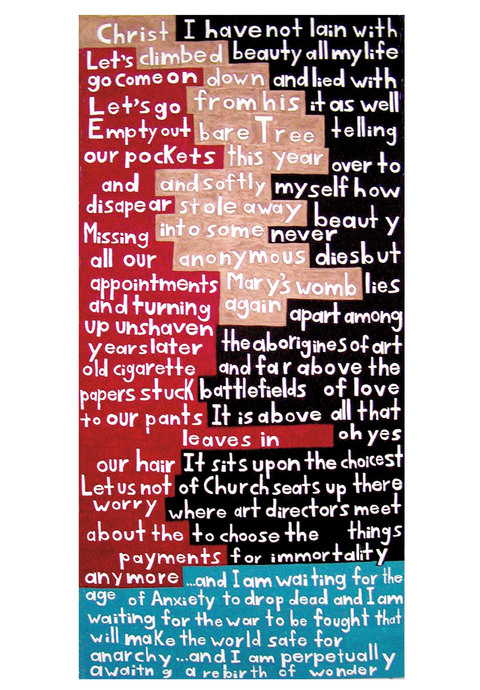 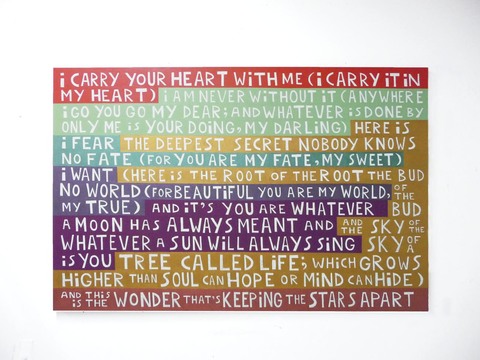 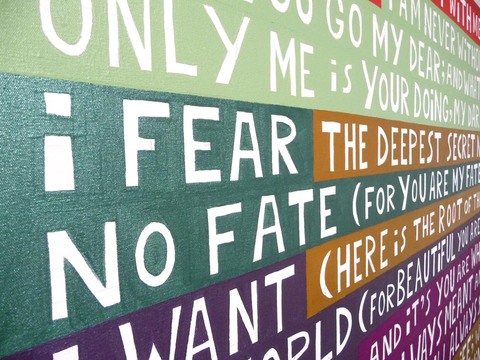 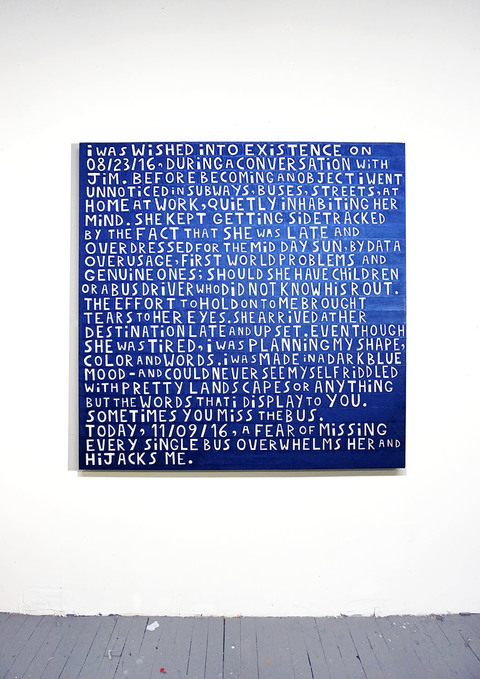 Commissioned by the Arts and Business Council of Greater Boston, in connection to the 2015-2016 Walter Feldman Fellowship.
Loading...